Lost Lafayette, Colorado is available now and is an update to Doug Conarroe’s “80026” coffee table book and contains new chapters on Lafayette’s dark decade dominated by the Ku Klux Klan. There’s also new details about Lafayette’s irrigation and water history. The well-researched book is Lafayette’s complete history from the 1820s through the 1930s. Find it at Arcadia Press.

Local vendors for Arcadia Books include Walgreen’s and Jax Farm and Ranch.

History can sometimes be very messy, with dark chapters that take decades to sort out. Lafayette’s history is no exception.

Recent discoveries related to the Ku Klux Klan activities of town founder Mary Miller’s descendants have so sullied her legacy — and the Miller name — to the point that it should not be used to recognize anything — a street, a neighborhood or a housing development.

END_OF_DOCUMENT_TOKEN_TO_BE_REPLACED 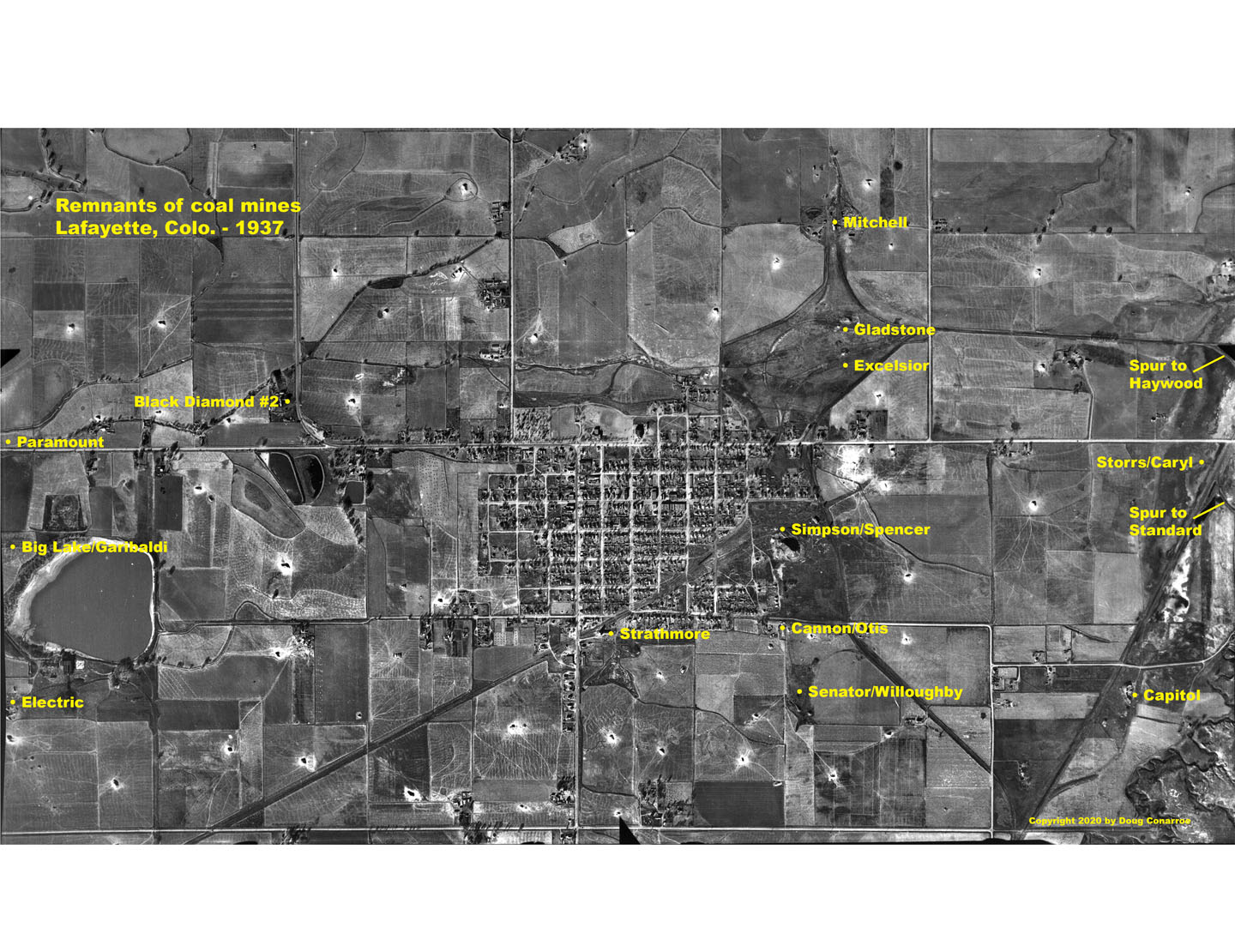 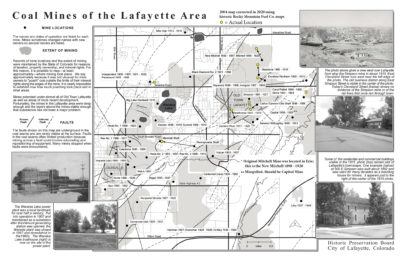 END_OF_DOCUMENT_TOKEN_TO_BE_REPLACED

One of the most hazardous vocations on record, early coal mining was nothing more than men with picks undercutting hundreds of feet of rock to extract a narrow seam of coal. The room-and-pillar system for removing coal was highly productive, but very dangerous. Some coal was left in place to support the rock layers, and thousands of wood timbers were used to brace the rock above the voids so that the coal could be loaded. Dislodging the coal involved a miner bringing his own keg of black powder into the mine, which when packed into drilled holes could detonate prematurely or not at all. Miners worked separate rooms sometimes miles from the main shaft, which meant little supervision. Add to this the pay-per-ton wages wherein a miner often overlooked his own safety so that as much coal as possible could be loaded.

What could possibly go wrong?

END_OF_DOCUMENT_TOKEN_TO_BE_REPLACED

The summer of 1926 featured a fierce battle between Longmont and Boulder over the tourist trade.

END_OF_DOCUMENT_TOKEN_TO_BE_REPLACED

The proliferation of indexed digital documents has significantly simplified the historical research process. Using property records, online maps and resources found in Colorado libraries, lots of missing pieces regarding our area’s history can be reassembled and explained. To that end, this site debunks the notion that everything we know about Lafayette, Louisville and Eastern Boulder County history has already been discovered. All contents copyright 2021.